Fr. Nicholas Gregoris on the Superbowl 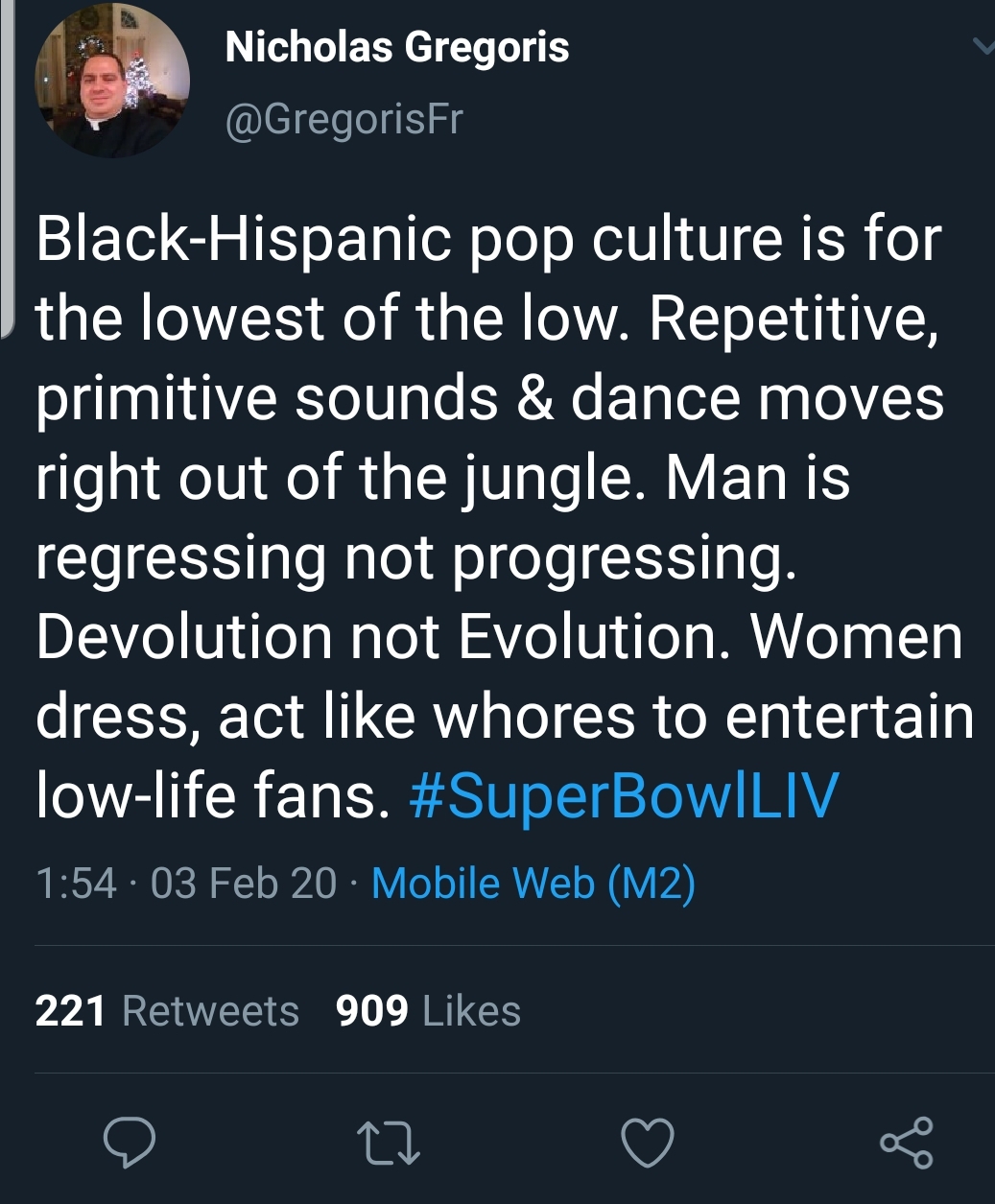 All that needs to be said, really. Reminds me of similar remarks by scarface about Jewish control of the Rap industry. It's easy to see the degredation from the likes of Curis Blow and Grandmaster Flash to today's mumbling atonal soundcloud garbage. This is all intentional, of course. The Jews have encouraged the ruin of popular music as part of the dumbing down of the goyim to keep the public's mind in the gutter and away from the heavenly matter of God.

This also plays into why primitave cultures have been elevated since the time of Margaret Mead. A savage is easiler to control than a civilized man, because a savege is easier to control through his passions.

The planned death of music has being going on for decades, if not centuries, as detailed by E. Michael Jones in Dionysos Rising.