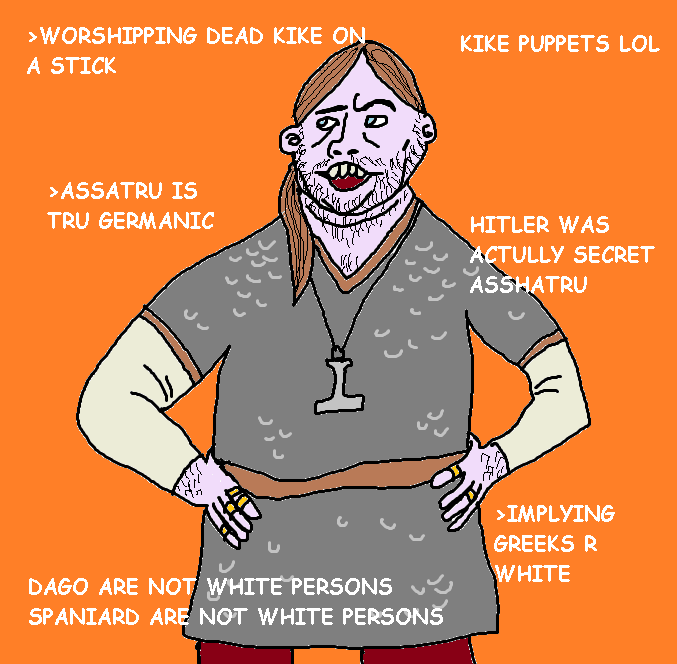 The next time some neo-pagan dolt accuses Christians of following a "slave morality", kindly remind them that the man who coined the term would have preferred to live as a wild African than as a European.

The prime anti-Western fantasy for our age, however, was expressed by Nietzsche. Two years after hearing the piano score of Wagner's epoch-making opera Tristan and Isolde, Nietzsche made a lifelong commitment to sexual revolution by deliberately infecting himself with syphilis in a Leipzig brothel. Thomas Mann saw in that gesture an act of "demonic consecration." Whatever the motivation, Nietzsche was outraged when Wagner had second thoughts. When Wagner "prostrated himself before the cross" by writing Parsifal, Nietzsche flew into a rage not only against Wagner but against German music and all of Europe as well. Turning his disease-damaged eyes southward, he began to discern what he termed the "lewd melancholy" across the Mediterranean. As an antidote to Wagner's prostration before the cross, Nietzsche discovered Africa. "This music," Nietzsche writes, describing his impression of Bizet's Carmen, "is lively, but its liveliness is neither French nor German. Its liveliness is African. It has this destiny; its happiness is short, sudden, and without pardon. I envy Bizet, therefore, because he has the courage to give impression to this sensibility, a sensibility which up 'til this time had no expression in European music, a more southern, browner, more burned sensibility. ... How the yellow afternoons of this happiness give us pleasure! We look out and believe that we have never seen the sea calmer. And how this moorish dance speaks to us so tranquilly! How even our insatiability learns satiety from its lewd melancholy! Finally we have a love that has been transposed back to nature. Not the love for of some "higher virgin"! No Senta sentimentality! Rather love as fate, as fatality, cynical, without guilt, cruel - and as a result just like nature. That love which is war in its means, and at its basis the deadly hatred of the sexes [my translation"
-E. Michael Jones "Degenerate Moderns" (pg. 43)

It is in the best interest of the Jews to derride and shame Christian morality, because Christian discipline is the only thing that made and still makes Western Civ possible. Pagans all too willingly let themselves be blinded by passion, and thus make themselves tools of the Jew.