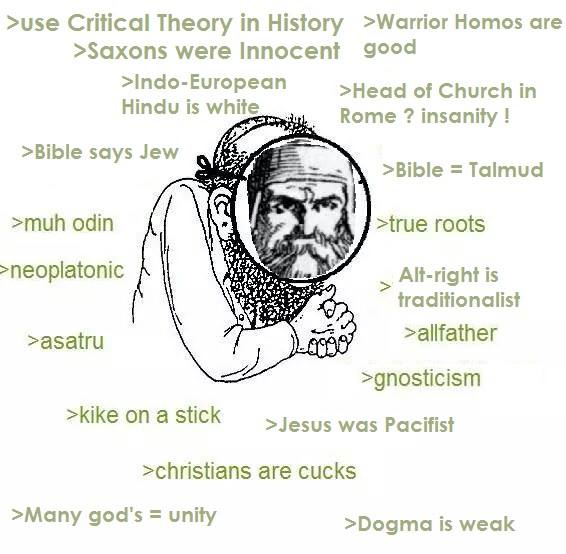 The Judeo-Pagan Jokers of the Alt-Right

With an enviable clarity, Clement Pulaski disarms the dupes of the alt-right who hoped that that the new funny book picture would somehow disrupt the Hollywood Liberal narrative and catapult racial awareness towards the formation of the ethnostate.

The Joker film stars the Jew Joaquin Phoenix and is directed by a Jew, and is based on a comic book character created by Jews. It is inconceivable that the film could have something uplifting or inspiring to say about the plight of the white male in contemporary America. Alt-Right interest in the film first arose upon hearing reports that the film might inspire “incel mass shootings.” Why a film linked to “incel mass shootings” should immediately gain support from a movement ostensibly trying to restore the West is beyond me.

None of this should be surprising to anyone who's observed the slow collapse of the alt-right after the momentary exuberance following the election. There was never any real plan to rebuild or return the west to a pre-ruined state, the most the alt-right wanted was to "stick it to The Man" without knowing exactly who "The Man" was or what his intentions were. There was certainly never any plan to abandon, let alone question modernity itself, because the alt-right would rather wallow in the wreck of the age than try and clear away the debris. The movement is dominated by a pagan fatalism that makes it easy prey to opportunists who can can make any questionable scheme palpable to the alt-right as long as they wrap it in edgy trappings and the promise mainstream approval. Don't let the sassy frog cartoons fool you, like a band of suburban mall goths, the alt-right wants to appear to be a dangerous in-group while not actually moving to a discomforting distance from the Orange Julius. Why else would they have so easily clung to a tacky comic book movie or a childish gadfly like Pewdiepie if not for the prospect that their antics would win them some kind of approval as epoch-defining iconoclasts who latched on to a triumphant zeitgeist at the right time? Even if that movement is doomed or all they get out of it is a few laughs at the expense of some fainting SJW. They don't want to fix anything, they just want to be part of something. One last band concert before the ship sinks.

Christians For Truth has an excellent article exposing many leaders of the alt-right as Jewish gatekeepers, which certainly explains the movement's hostility to Christianity and refusal to address the roots of the civillizational crisis while blaming Christianity for the errors of modernism. Again, this should come as no surprise. Jews have been controlling pagans by scapegoating Christians since the days of Julian The Apostate.

Ironically, the Jew and the pagan strruggle against that which could remedy the wounds which they inflict upon themselves with their malignat and crippling worldviews: The Cross of Christ.